Originally published at GeekBeer. Please leave any comments there.

This Saturday marked the kick off of Brouwers Seattle Barley Wine Festival, Hard Liver. We had been burned last year, going a day or two after the kick off, only to find that many of the beers that we had wanted to try were already sold out. This time, we resolved, we would get there early and avoid the crowds. We were idiots.

Arriving at 11:00am on the first day of the festival, we were greeted with a line that ran down the entire block: 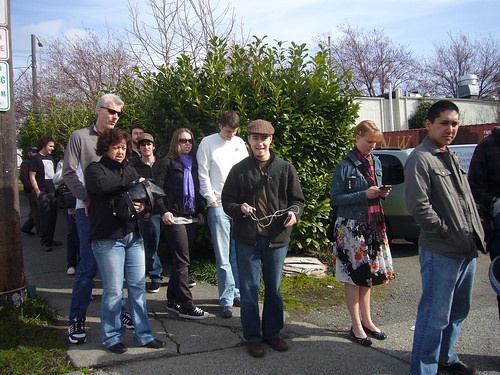 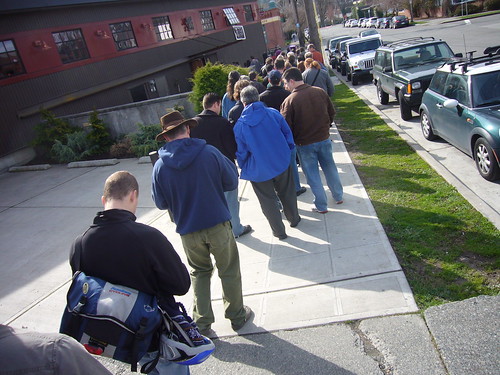 When we were let in a few minutes later, it was already impossible to get a table, and we wound up having to set up shop on a window ledge on the second floor. From there we were able to become witness to the fact that we were quite lucky to have gotten in at all; from our perch we could see that they had stopped letting people in shortly after we had entered, and that the line was continuing to grow outside.

If this all seems a little crazy to you, try and keep in mind 2 things: 1) Seattle is a beer town, with the dynamic duo of Bottle Works and Brouwers standing head and shoulders above their competition stealing the show, and 2) for Hard Liver, Brouwers pulls out all the stops. The bar will bring in casks of around 50 different barley wines from around the country, some young, some old, and offers them all up at a flat rate: $2 for a 3oz taste, $4 for a 6oz glass and $6 for a 12oz glass.

The nice thing about the preceeding arrangement is that it allows you to try pretty much every beer on the menu for about $100 and leave you with a table looking like this: 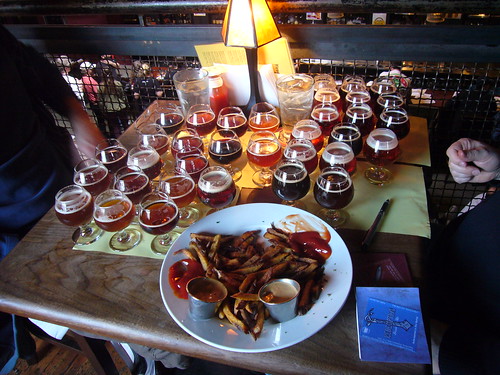 there were those worse than us...

Sadly, this was not our table, but rather the table of a fine group of gentlemen sitting across from us. Our selections for the day were considerably more modest: 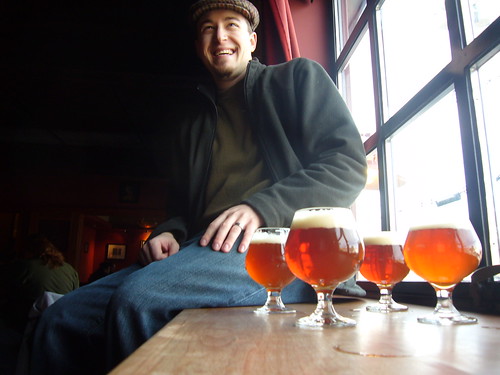 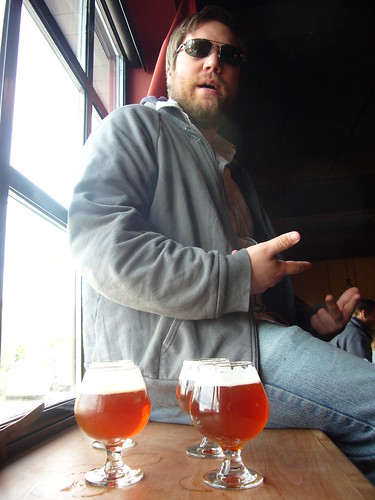 Throughout the day we sampled a total of 10 or 12 different barley wines, with the clear winner, at least in my book, being the Avery Samaels ‘06, which after being aged over the last few years presented itself with rather pronounced banana and coconut flavors, as opposed to the oak and vanilla indicated in the tasting notes for the younger versions of the beer. It was dark, sweet, and very complex, and I left pleased, knowing that Avery’s Beast wasn’t a one hit wonder. These guys now officially make my two favorite beers in the world, and I’m very curious to start trying some of their other offerings.

Hard Liver is running at Brouwers until all the barley wines are gone, so if you live in the area and are up for a great night (afternoon, morning, I’m not here to judge) of drinking, head over before it’s too late.